A declaration of love for Chaplin as well as a heartfelt tribute to the art of storytelling, the explosive show presents a restless fantasy-radiating hero “commenting on his life” with the cult film in the background and diving deep into Austrian as well as German modern history. The production directed by Rafael Sanchez was nominated for the Kölner Kulturpreis 2021 in Cologne.
Festival opening.
In German with Czech surtitles. 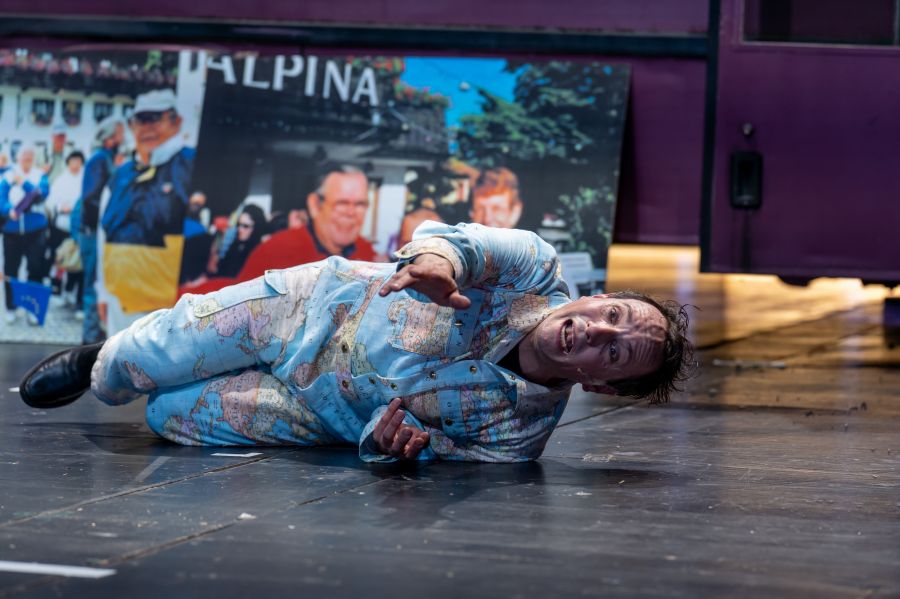 If there is an actor in the Cologne ensemble who can cover the entire vast stage of Depot 1 and still find it too small for his fantastic tales, then it must be this Austrian. (…)
On stage, he raps, sings, dances, exercises, recreates the hairstyle of Rachel from Friends on a straw mannequin, despairs, berates himself as a narcissist and a ruthless bastard, but he never bores. And in the end, he brings out the little Nazi hidden inside all of us when he recites the famous monologue from the Chaplin film. It was to be expected, yet the vigour with which Hanushevsky comes close to his unattainable subject is admirable. Making great theatre can be so easy…

Eighty years have passed since Charlie Chaplin pointed out the threat posed to the world by Adolf Hitler in the cult film The Great Dictator. In the first years of World War II, the most popular comedian of his time took advantage of the visual resemblance not only to caricature the eccentric moustached dictator, but also to send the world a timeless message of peace and tolerance in his closing speech.
The current rise of right-wing populists and autocrats – culminating dramatically in the recent events in Ukraine – compels artists to follow up on the most famous anti-Nazi satire in the history of cinema. Stefko Hanushevsky, a member of the Cologne dramatic ensemble, is a true expert in this field: before joining the school of acting, this native Austrian was making extra money by guiding foreign tourists around the sites of the so-called Third Reich. Years later, Stefko once again dons the uniform of a leader, or a guide, and in an energetic stand-up evening, takes the audience for a bus tour with stops representing his life: a botched trip to Hitler’s Eagle’s Nest, the Austrian village where Stefko grew up next door to war veterans, or Broadway, where he won an unusual audition as a promising actor… Once more, incredible (and often embroidered) stories emerge from his memories, but Chaplin himself also returns in them. It was his slapstick that provided young Hanushevsky with “a window to the great world” and accompanied him on the path to his acting dream.

premiere 30 October 2020
The actor and director Rafael Sanchez (1975) began his artistic career at Junges Theater Basel and later appeared as a guest in a number of theatres (Düsseldorfer Schauspielhaus, Maxim Gorki Theater, or Schauspielhaus Zürich). At Schauspielhaus Essen, he created an innovative adaptation of Lorca’s Blood Wedding, which was invited to the Radikal jung festival. In general, however, he concentrates more on the work of contemporary young playwrights and authorial work. For the production entitled Rafael Sanchez erzählt: Spiel mir das Lied vom Tod (Rafael Sanchez Presents: Once Upon a Time in the West, 2006), he and the co-writer Eberhard Petschinka, an Austrian visual and theatre artist who goes by the name of petschinka, were awarded the Hörspielpreis der Kriegsblinden, a major prize for German-writing radio playwrights, as well as the international Premios Ondas prize. This early production initiated a successful theatre series in which Sanchez explores the life stories of outstanding actors against the backdrop of an iconic film. The latest instalment has been dedicated to Stefko Hanushevsky.
With the arrival of artistic director Stefan Bachmann at the Schauspiel Köln in 2013, Rafael Sanchez became one of the in-house directors. His production ODE was included in this year’s programme of the Heidelberger Stückemarkt, a prestigious festival of contemporary drama.
Stefko Hanushevsky (1980) grew up in a family of musicians and was interested, even as a child, in theatre and cinema. In 2005, he graduated from acting at the Universität der Künste Berlin and received his first engagement at Schauspiel Frankfurt. After an engagement at the renowned Staatsschauspiel Dresden, he has been a permanent member of the Schauspiel Köln ensemble from the 2013/14 season. Together with musician Christopher Brandt, they put on three concert shows there, Hit Me Baby Vol. I, II and III, in which he sings music hits from across four centuries. For his role in Der gute mensch von Sezuan (The Good Person of Szechwan), he won the Best Male Actor Award at the 2014 North Rhine-Westphalia Theatertreffen. The jury particularly appreciated Stefko’s “energetic performance, considerable acting intelligence, natural lightness and great comedic talent.” He has also worked in film, television and radio.
Schauspiel Köln is a respected theatre venue with a long tradition. Since 1962, it has been housed together with the Cologne Opera in the urban complex designed by the architect Wilhelm Riphahn on Offenbachplatz, which is currently undergoing massive reconstruction; the theatre has been temporarily moved to the former cable factory (Depot 1 and 2) in the Mülheim district of Cologne.
During the era of artistic director Karin Beier, Schauspiel Köln twice won the Theatre of the Year title (in 2010 and 2011) in a poll held by the magazine Thetre heute, and with the productions Die Ratten (The Rats) and Reise durch die Nacht (Journey Through the Night), she was a guest at the 50th annual edition of the renowned Theatertreffen. As the Frankfurter Rundschau wrote: “After many years of abstinence, Cologne once again has a theatre which needs to be taken seriously.”
The current intendant of the theatre, Stefan Bachmann, tries to artistically follow Beier’s established trend of bold dramaturgy and is actively involved in the development of the cultural life in the Cologne city centre. In the Schauspiel Köln programme, he presents both critical approaches to classical dramas and authorial works focused on current, often burning topics, such as immigration and inevitable digitalization.
Many significant artists regularly direct at the theatre, such as Frank Castorf, Luk Perceval, Oliver Frljić, Pınar Karabulut, Nuran David Calis, Ersan Mondtag, or Lucia Bihler. In recent years, due to the pandemic situation, the ensemble has also been focusing on streaming platforms and the associated exploration of new possibilities of working with the actor as well as realizing the production itself.

An interview with the intendant Stefan Bachmann
https://www.report-k.de/…vlos-139712/ 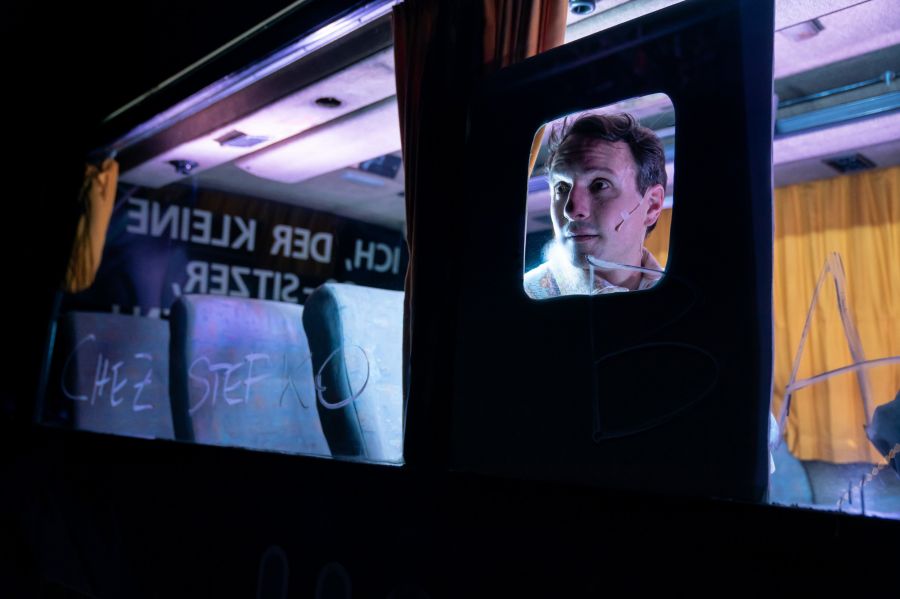 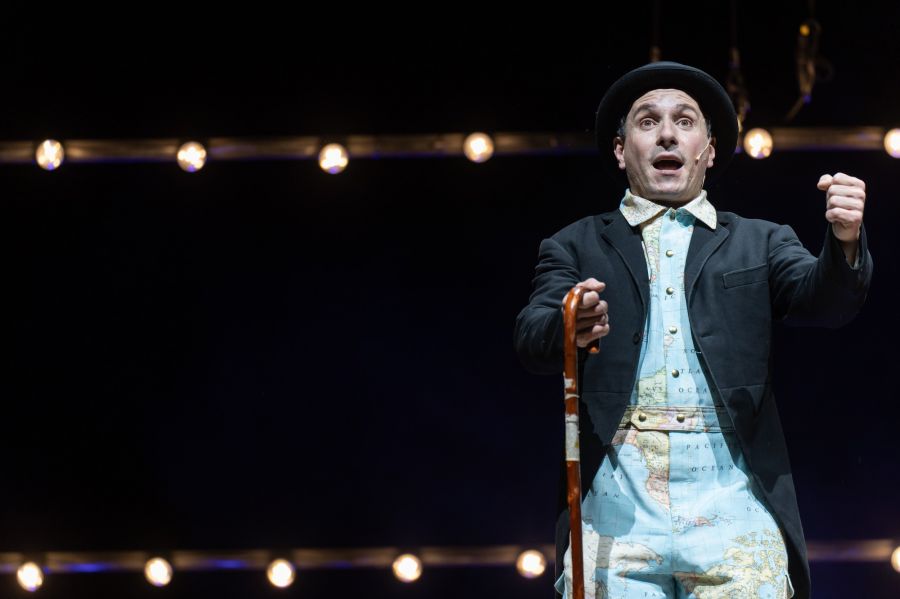 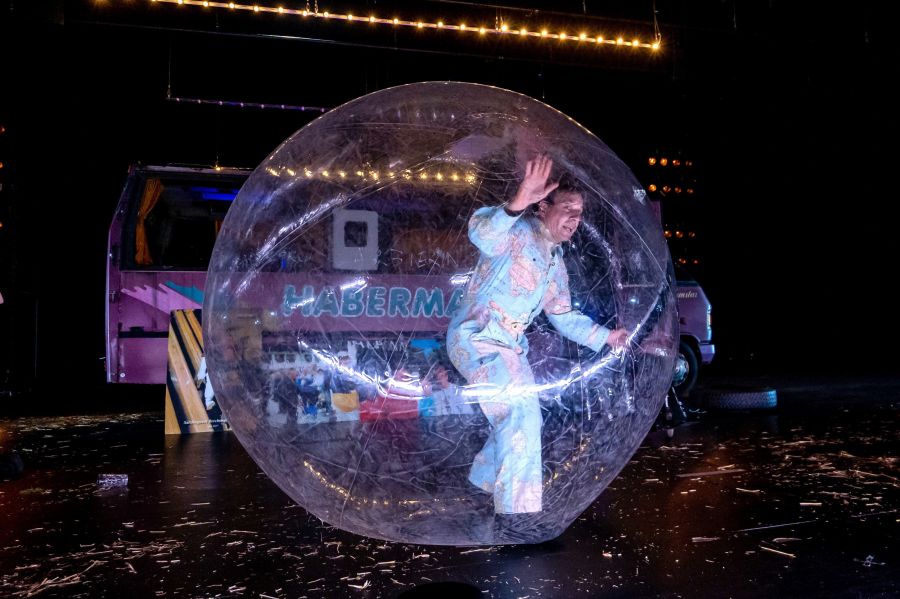 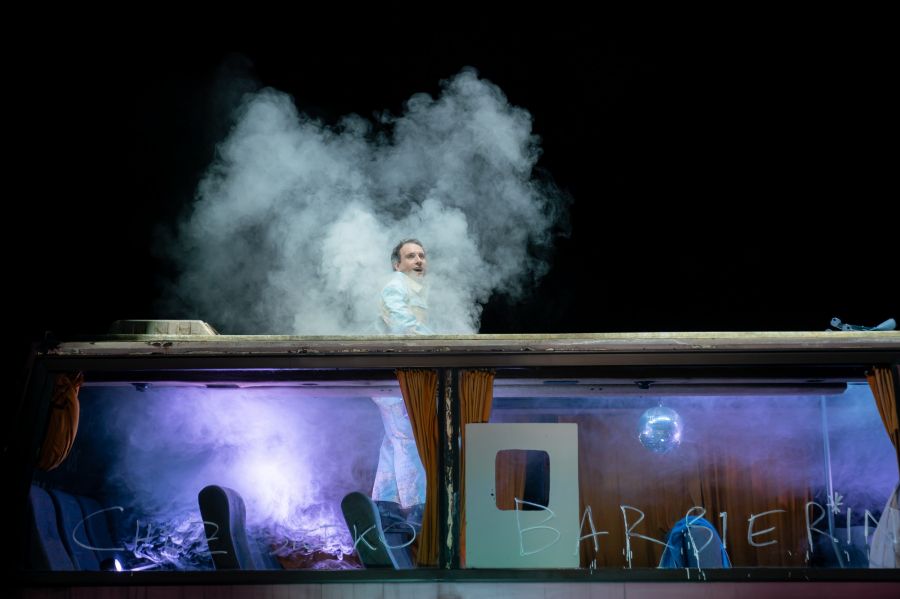 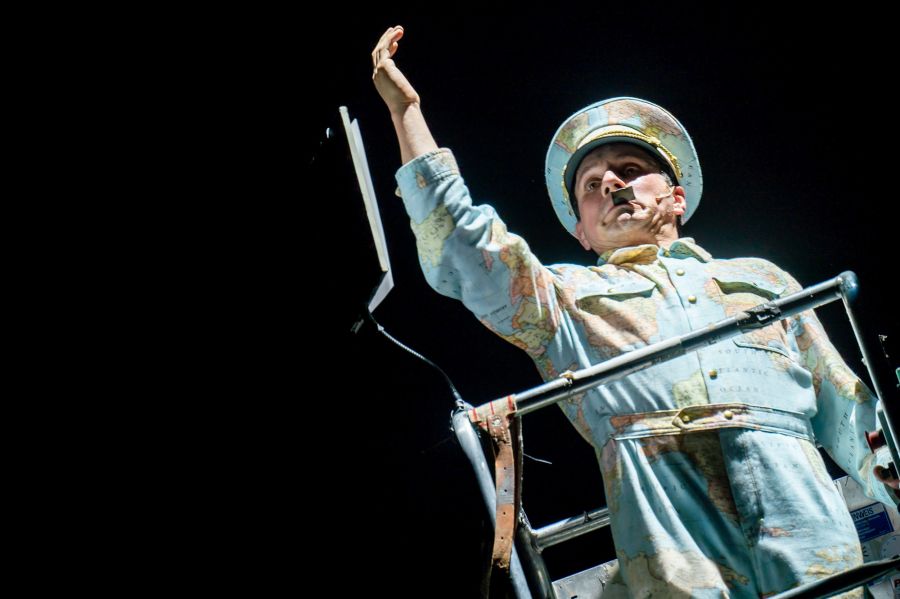 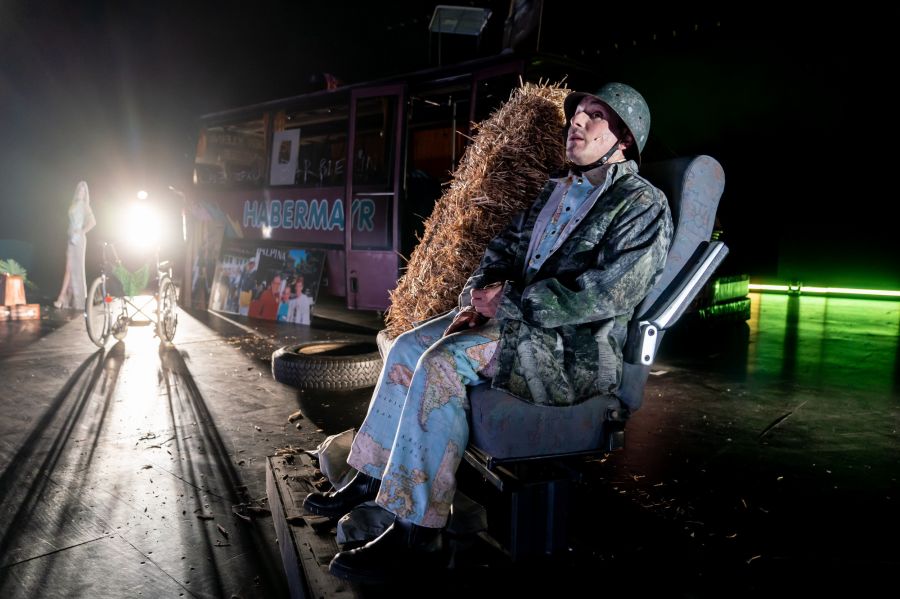 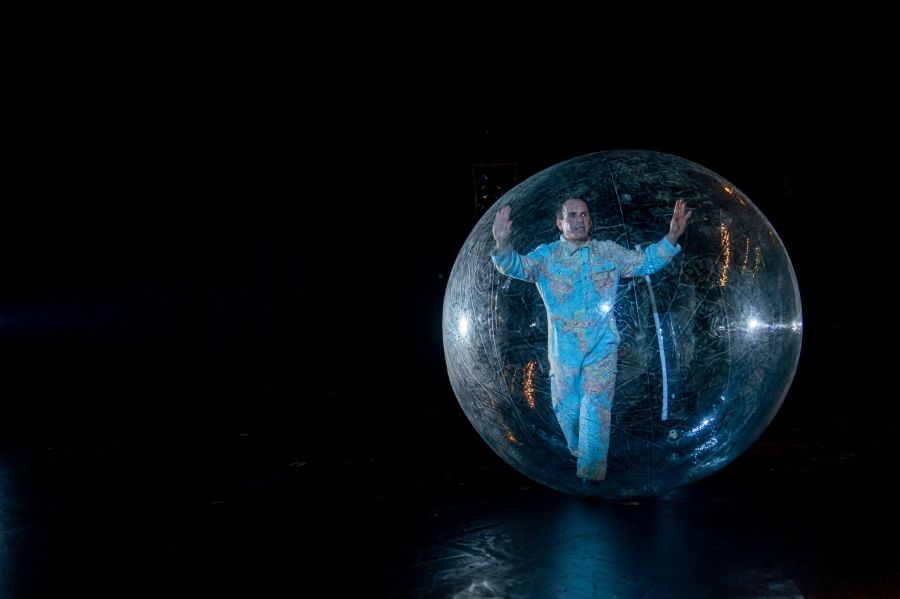 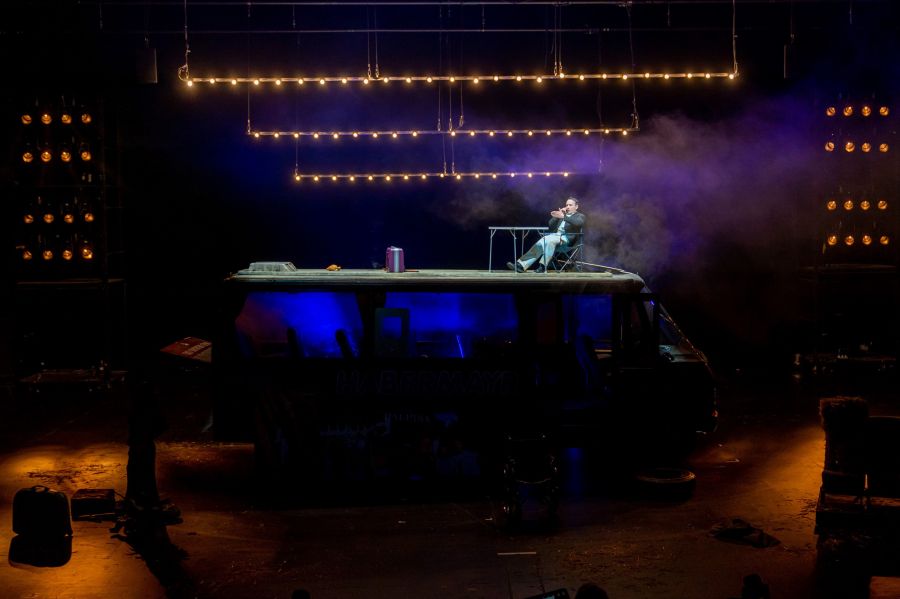 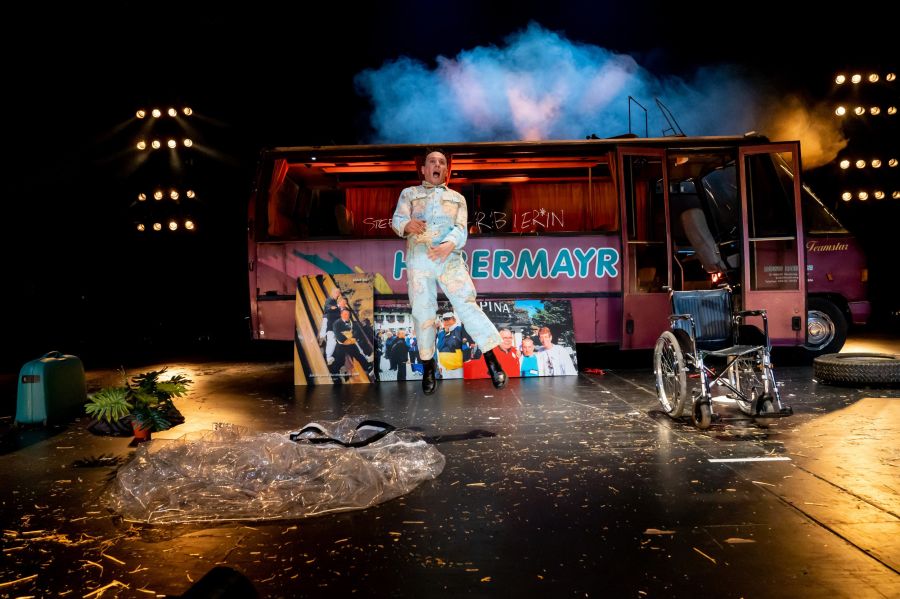 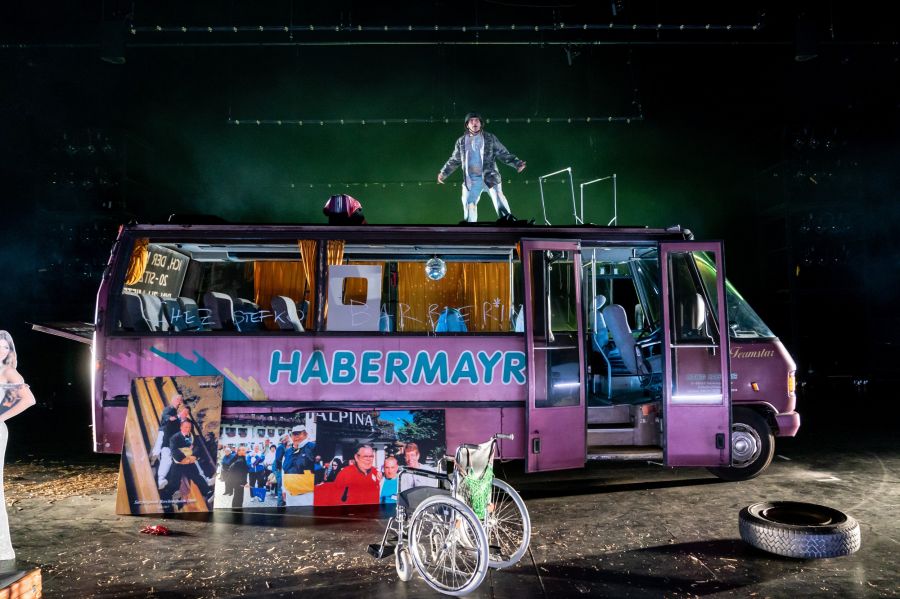 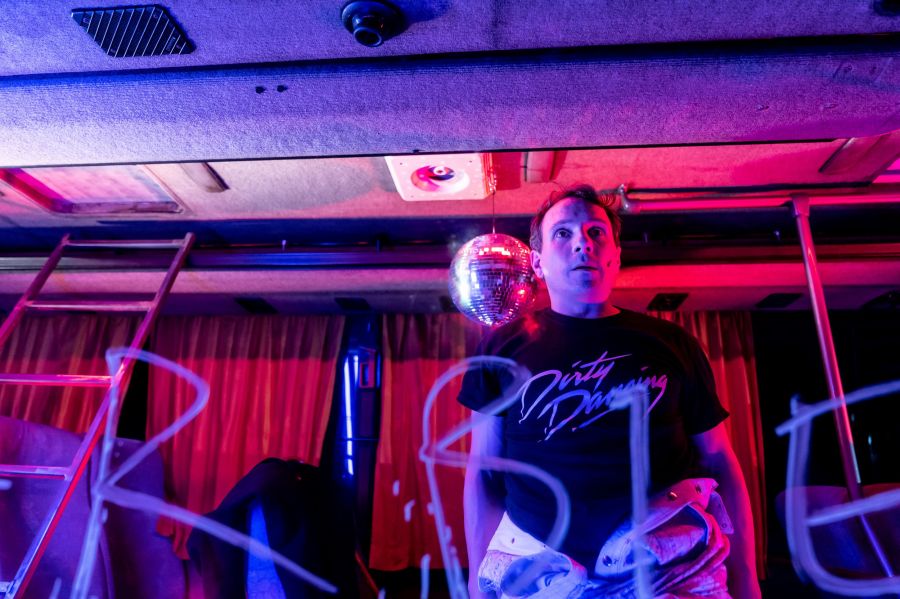